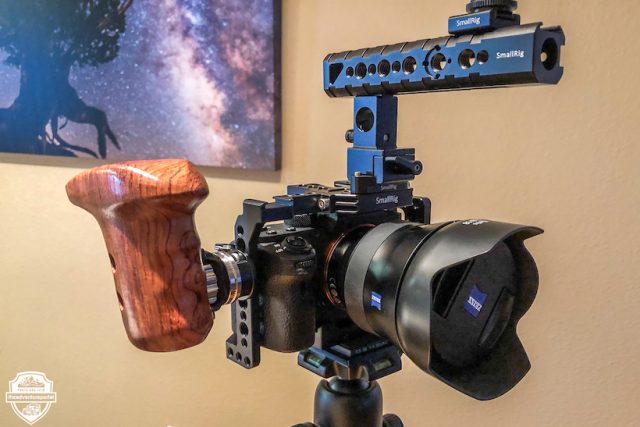 This article will provide you with some helpful hints on how to shoot compelling video footage of your next journey on an off-road trail. Let’s get started. First off, there’s what I like to call the classic, “yawn fest video”. We’ve all seen them…..hey, we’re all probably guilty of producing them. You know, the 5 minutes or more of footage of a rig driving along a trail somewhere in the backcountry; yawn-fest! Frankly this type of video should be confined to your own computer and not shared on YouTube or Vimeo channels. There I said it!

Here are some quick pointers on how to shoot compelling video footage of that great rig of yours and your next overland adventure.

(1) Shoot a lot of video footage: 5 minutes of video might simply give you 10-30 seconds of useable viewing.
(2) Be brutal when editing: Spend a lot of time doing it. Good editing takes time and makes or breaks a movie.
(3) Keep your videos short: Most POV videos end up being seen on social media. A good length video for SM is 1 minute long. A 3-minute video is going to have to be really compelling to keep people’s attention.
(4) Plan it out and tell a story: Think about what you’re trying to achieve. If you really want to make a good video, write down your basic outline before leaving the house. Be a scriptwriter at home, so when you’re outside you can concentrate on being an effective story-telling filmmaker.  The “script” gives you a visual map when filming and editing.
(5) Camera Mounts and angles: Use different camera positions and angles to capture a variety of visual perspectives. This keeps it interesting. There are many POV mounts out there to choose from. If you can, use more than one camera. A shot taken from your rig’s slider, a shot under the rig as you go through water, the rig driving over (not literally) the camera on a small tripod. All these angles edited across your video enrich its feel.  (Velcro is strong and cheap and a great way to mount a camera on a rig)
(6) Get creative: Speed up and go slow.  There are many occasions for time-lapse or slow-mo. Done well, but not over done, these are great enhancements to any film. Experiment with these techniques, but we aware that if you do use them they have to be shot well. People are used to seeing them in professional quality movies, so the bar is high especially with night- time footage.
(7) Drones: Yes, they’re expensive but coming down rapidly (No pun intended). Drone footage is great, but the caveat is that they should be used sensibly and with respect to others. Don’t fly them close to people.  Remember they can be annoyingly noisy. Don’t fly them in National Parks as they’re banned and obviously (but not if you’ve seen the news lately)  never fly them near wild fires. On a positive note, they are easy to fly and they can take very professional looking footage.
(8) Don’t get too creative: A lot of editing software (Windows Movie Maker and iMovie) will give you the ability to add complicated transitions.  Try to keep things simple, too much trickery can look cheesy. Simply fade in and fade out. If your story and content are good, they don’t need “fluff” to prove to the viewer how great a filmmaker you are. (Once you’ve mastered the art of POV, you may wish to graduate to Final Cut software).
(9) Audio is as important as good video footage. You may not want to use the actual “on the road” audio as often it’s of poor quality due to wind noise. If you choose a great musical background, it often helps to subconsciously heighten the drama taking place in your POV. Think of the very simplistic soundtrack from Jaws that greatly heightened the tension of the story. Remember, because you like Barry Manilo, it doesn’t mean others do. Also, be very carful of copyright. If you infringe on copyright, your video will be removed from most sites. There are plenty of sites offering free or inexpensive downloadable music. Video Proc also gives you a good breakdown of what’s available in their article.
(10) Accessories: In order to shoot a lot of footage in a day, you’ll need large memory cards and more than one. Also, don’t over estimate battery life. Think about carrying a solar charger for your electronic gear.
(11) Practice a lot and remember to HAVE FUN. You also don’t need the $5k set up in the feature picture. Video below was shot on a GoPro Hero 4.

Here’s a different version: Same place, same time but with a story to tell.

Visit our featured video section for more great POV’s done by both professionals and people like us who love to TAP into Adventure!