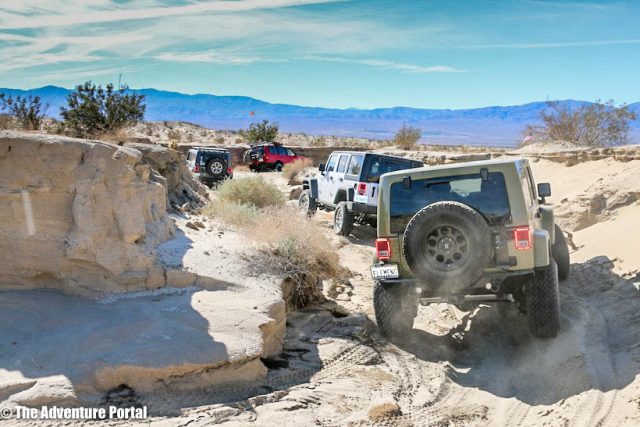 The following article comes from TAP friend, I4WDTA trainer, and owner of Badlands Off-Road Adventures, Tom Severin.  Check out what he’s got  to say about being an effective “tail gunner” on a run or expedition, then get out there and indulge in some vehicle supported adventure safely.

A great Trail Leader is invaluable for any four wheeling experience. We reviewed that position in “10 Qualities of a Great Trail Leader” . Though he could be anywhere in the group, the Trail Leader is often in the first vehicle.
The vehicle at the end of the line is also very important.  This position is sometimes called, “Tail End Charlie”, “Tail Gunner”, “The Sweep”, “Drag”, or “Caboose” (although I don’t normally use any of those terms). The “Tail End” is an integral part of every 4WD trip. “Tail End Charlie” is slang from World War II for the rear gunner in a bomber. Many of the expressions we use come from the military, both for their ability to convey a thought concisely and for their colorful expressions. A trail helper in the middle of the group is called a “Mid-Gunner”.  I will be referring to the vehicle at the end of the line as the “Tail End”. 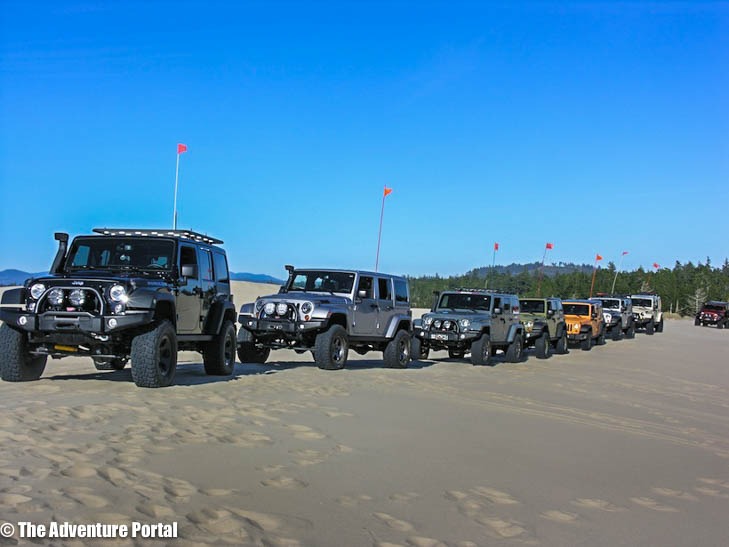 When selecting a Tail End, I start with someone well qualified in four wheeling. This person has driven with me before, knows the trail and routine well and has great people skills. In a nutshell, he or she is someone I can trust. The Tail End might be called upon to fill in for me at some point.

Ideally, the Tail End complements the Trail Leader by bringing skills in which the Leader is less knowledgable. These can include expert mechanical skills, knowledge of rocks and minerals, an ability to ID plants, flowers, and points of interest.

It’s helpful if the person is a ham radio operator. FRS and CB radios are fine for communicating between vehicles. Because the vehicles can get strung out during a trip, it’s nice to be in ham radio contact with the Tail End. Plus, we can use that radio for private conversations. For example, the Tail End may wonder why we aren’t taking a particular route. Or, perhaps I forget a step. In either case, I don’t mind if my Tail End chimes in. He should use our private frequency so as not to confuse everyone else.

10 duties of the Tail End

1. Informs the guide when the group has cleared key turns. Sometimes a driver misses a turn and strays off-course. The Trail Leader can only see a vehicle or two behind, whereas the Tail End has a much better perspective.

2. Accounts for all the vehicles when starting up again. This is after breaking camp or making any sort of pit stop (10-100, taking pictures, and such). Because he’s in the back, he can count everyone. Since we usually do a radio check only at the start of the trip (or day) to make sure all are working, the count process works well. Once in a while, we pick up a few strays!

3. As the last one out of camp, he can spot any major item overlooked like stuff left behind, a camp fire not satisfactorily extinguished, or some remaining trash.

4. Advises Trail Leader on issues the Leader isn’t aware of. Being at the rear, the Tail End has a better view of the entire group. (Although heavy dust cuts visibility at times.) The Tail End can advise of a need to stop or slow down due to large gaps in the group, cargo dropping off, mechanical problems or a manifold burrito in the middle of the road.

6. Assists with vehicle issues. Perhaps some gear needs to be strapped down. Or a vehicle suffers a minor breakdown. If the damage is too severe (but the vehicle is drivable), the Tail End can escort that driver back to the road. If the Trail Leader elects to do that, the Tail End is often tapped to take over as Leader to complete the course.

7. Informs the group about vehicles overtaking them. Very valuable, because everyone else is focused on the trail ahead. If appropriate, the Tail End suggests how and where to pull over.

8. Thanks oncoming vehicles that stopped to let the group go by and let them know he is the last one. It’s a simple gesture, but means a lot to the other group. And the Tail End continues the longstanding tradition of respectful behavior that is such an important part of four wheeling.

Speaking of saying “thanks,” remember to offer your gratitude to any landowners whose property you drive on. And, of course, take good care of their property.

9. Waits for late guests. Having a Tail End who knows the trail and the plan comes in handy when a guest is late. The Tail End can wait at the meeting point for the late guest. They will likely catch up at the air down spot. We discourage splitting up the group, unless absolutely necessary. The most common case is either a machine problem or the need for some vehicles to take a detour. In those cases, the Tail End provides guidance to one or the other group.

Benefits of Being Tail End 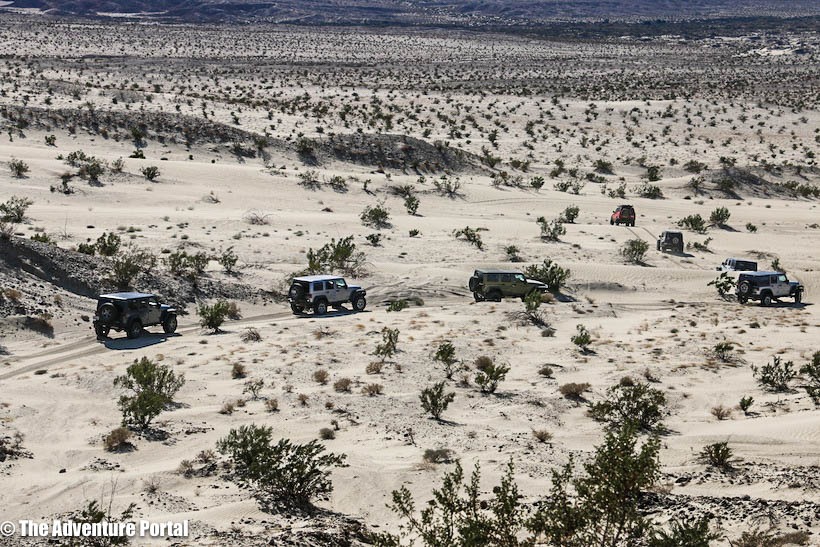 -You get to go on a trip!
-Work does not involve sitting in a cubicle.
-People think of you as a hero when you plug their tire.
-You can take a 10-100 anytime you want and you don’t have to walk too far.
-You can blame the Trail Leader if the group is lost.
-No one see you if you mess up.
-You have a front row seat to everything that happens.
-On the job training to become a Trail Leader.
-You get to eat dust for the whole trip. Which means the Tequila will taste even better when the day’s driving is done.
Even though the Tail End is the last vehicle in the group, it’s an extremely important position. This driver is often as skilled as the Trail Leader, and has the added responsibilities inherent in being placed last in line. But it’s a good role to aspire to. As you develop your 4WD skills and experience, plan for the day when you will step up and volunteer to be a Tail End.

A note about the author:
Tom Severin is an International 4-Wheel Drive Trainers Association© certified professional 4WD Trainer and a Wilderness First Responder (WFR). He is an instructor for the United Four Wheel Drive Associations (UFWDA) and the California Association of 4WD Clubs. Tom is the owner of Badlands off-Road Adventures. Badlands Off-Road Adventures offers 4WD training and 4WD guided tours specializing in Four Wheel Drive vehicles. The company has trained hundreds of students, including the Orange County (CA) Sheriff’s Department, the Gas Company, the National Park Service, and the US Marine Corps. For information about his training and trips go to: 4x4training.com