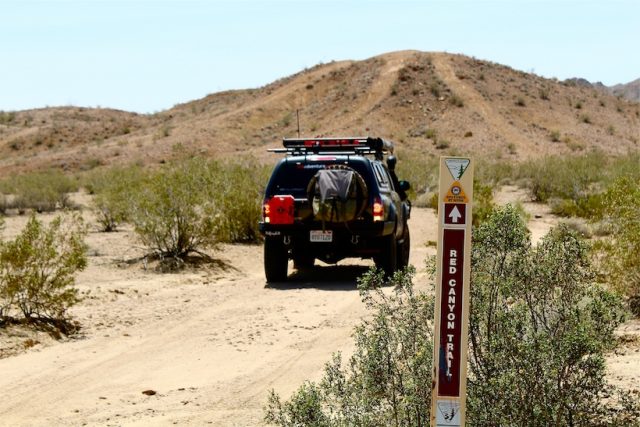 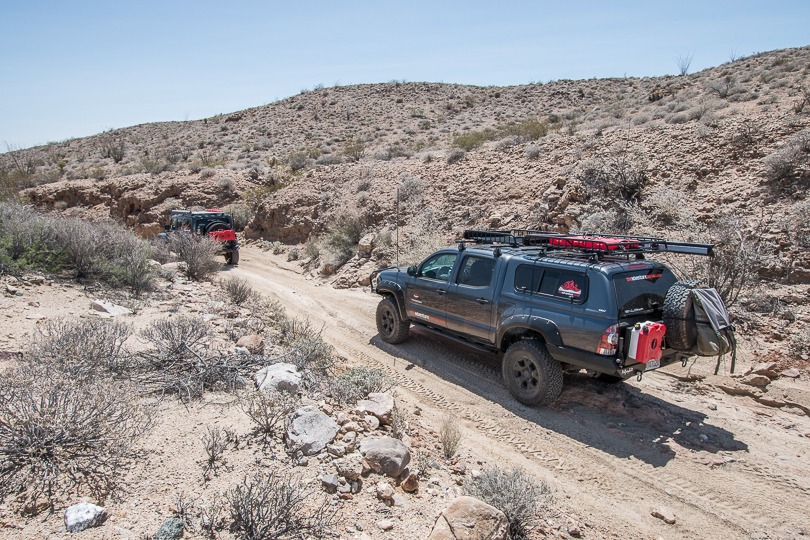 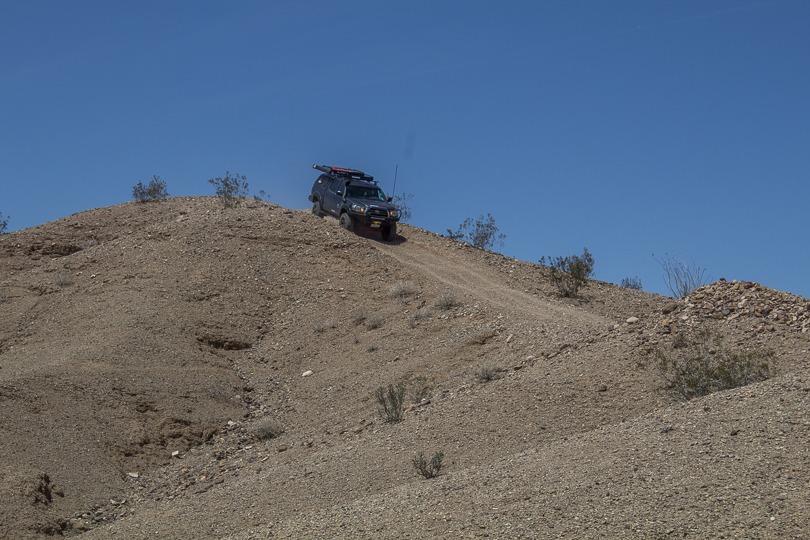 Directions:  From I-10, at Chiriaco Summit exit, 4 miles east of the Joshua Tree National Park Cottonwood entrance, go to the south side of the freeway and turn right/west along the paved frontage road marked Pinto Road.  The General George S. Patton Memorial Museum is on the north side of the freeway. One mile down the frontage road you will see a sign on the left marked Red Canyon Trail. You will see signs making the trail along the way. 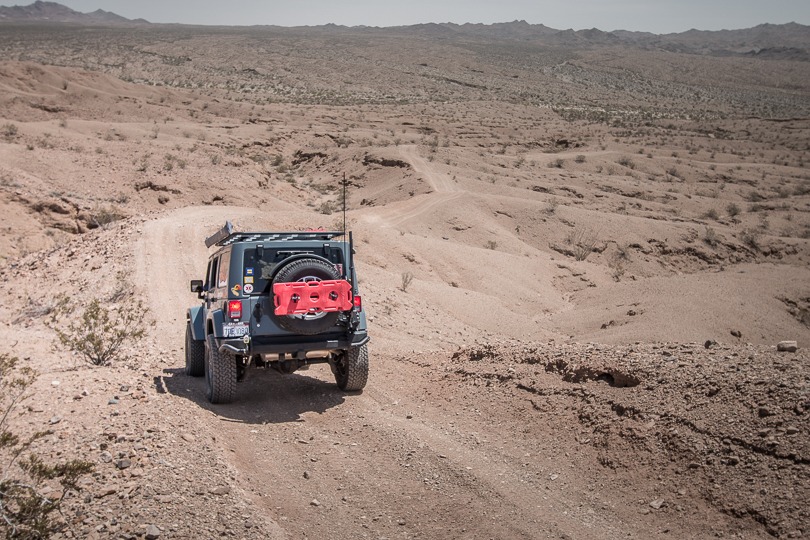 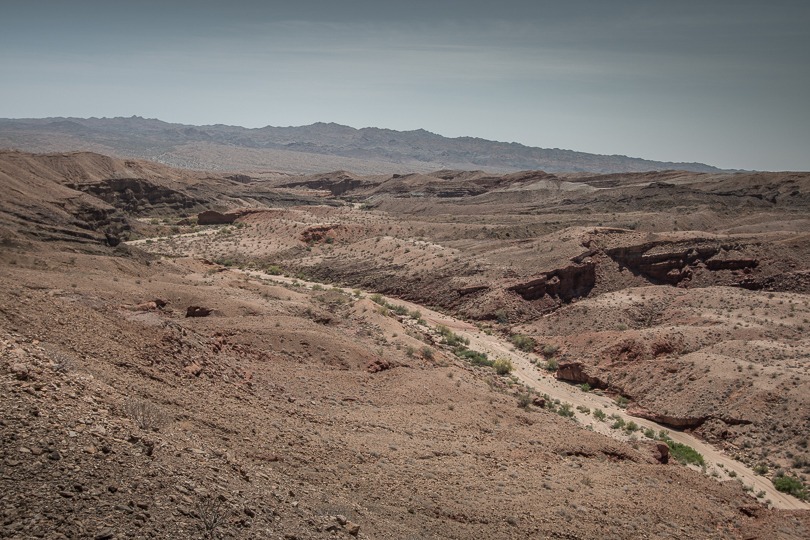 Site Location and Description: Red Canyon Trail is a fun, beautiful and easy to moderately trail that follows a crest route through the Orocopia Mountains Wilderness, above Red Canyon, then snakes down into and through Salt Creek Wash, eventually ending at the Bradshaw Trail.  It consists mostly of packed sand and dirt with some narrow crests and sharp inclines and declines that require care when cresting as some of the declines require abrupt direction changes. It is very much like riding a roller coaster in that it undulates frequently. There are a few deep gullies and washes to traverse as well and these can change in difficulty depending on the last storm. 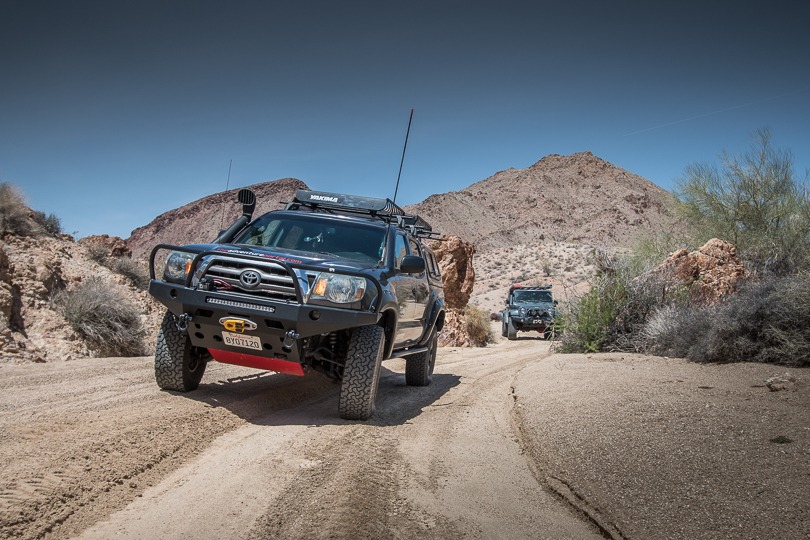 The History Red Canyon Trail: Red Canyon Trail is situated in the area off of Chiriaco Summit at the foot of the Eagle Mountains.  Chiriaco Summit is where the General George S. Patton Memorial Museum is located and is close to the original entrance of Camp Young, Patton’s Desert Training Center established in 1942.  The museum gives visitors a glimpse into what it was like for the 1 million troops who trained in the harsh desert conditions in that area in preparation to fight the Nazis in the North African deserts.  Camp Young and 10 other camps situated in CA, AZ,  and NV sprawled out over 18,000 square miles. This group of training camps comprises the largest military and maneuver area in the world.  The locations were chosen by Patton because of their harsh, isolated, environments and Patton believed they provided good replications of combat in North Africa. By 1944 the War Department declared all the camps and ranges surplus. In 1947, Camp Young was turned over to the Department of the Interior. 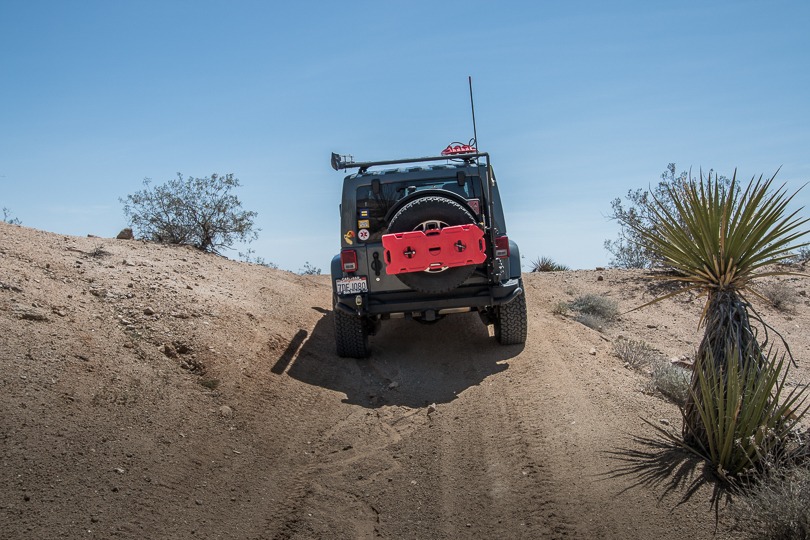